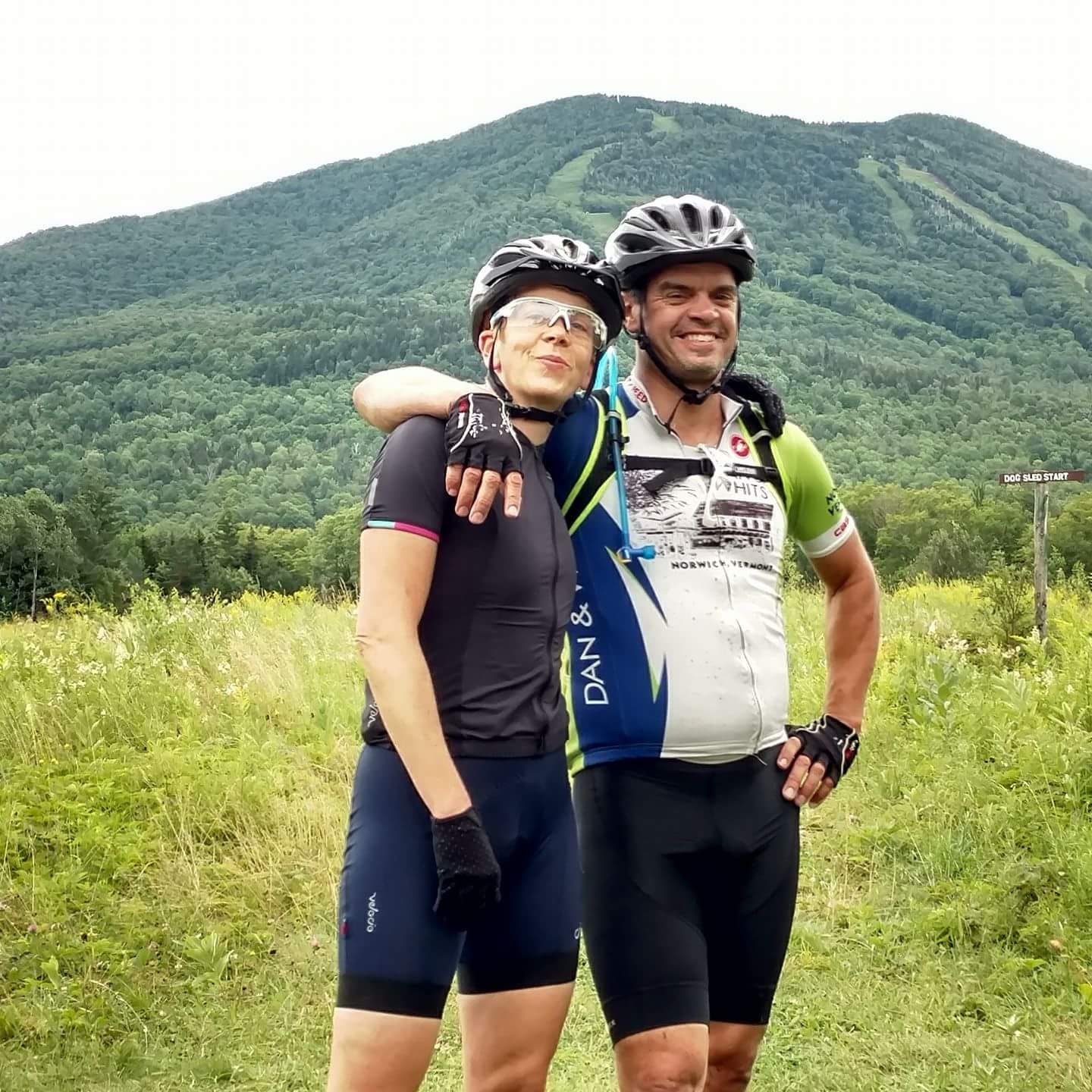 Becky and Peter enjoying a day of mountain biking at Burke.

“Offering quality food to our athletes is an essential aspect of BMA’s high performance model,” tells Willy Booker ‘96, Head of School. “Giving our athletes all the resources they need to reach their fullest potential means supplementing our exceptional infrastructures and coaching staff with superior food and nutritional education.”

Ireland is no stranger to BMA having graduated in 1992 before attending Williams College to complete a B.A. in History.

“My experience in the food industry began when I was a student at Burke,” explains Ireland. “My parents charged me with contributing to my tuition which I achieved by working both at Killdeer Farm in Norwich and Lou’s Restaurant in Hanover. From middle school through high school, I worked as a farm-hand and in kitchens. During my PG year at Burke, I spent the summer and fall farming all the while running up and down the Dartmouth College football stadium with a 10 lbs weight vest.”

BMA’s food services have previously been contracted out to third-party management companies, responsible for the independent hiring of cooking staff and purchasing of food. Under the new model, Ireland will be formally hired as BMA staff and will be in a strong position to implement a holistic vision for all of the academy’s dining hall operations and infrastructure.

“We have been working closely with our current vendor to increase the quality of our food and educational opportunities and feel positive about the progress that we have made,” noted Booker “Peter’s involvement gives us an opportunity to take this initiative to a completely new level. His return to BMA will allow us to align our food service with our cultural mission. With his guidance, we will endeavor to deliver a world-class food service program and maintain a welcoming dining hall atmosphere that feels closer to the family kitchen than a cafeteria.”

Prior to joining BMA as Executive Chef, Ireland had a broad career in the food industry with highlights including ownership of his own James Beard nominated restaurant Carpenter & Main in Norwich VT, to Cafe Boulud and Gramercy Tavern in NYC, Blackbird restaurant as well as Associate Director of Social Enterprise for Inspiration Corporation in Chicago, and currently as  Director of Operations for Passport Hospitality in Minneapolis.

At Passport Hospitality, his tasks included acting as chef for the Minnesota Wild NHL team and Pop-ups for the Superbowl. At Inspiration Corporation, he created and implemented a business plan for a five million dollar restaurant and work reintegration educational start-up to empower people affected by homelessness and poverty.

“I look forward to exploring how we can improve food quality by collaborating with local producers, designing a menu that fulfills the needs of the school and the available products, and focusing on creating opportunities for members of the community to participate in the kitchen as both contributors and consumers,”  adds Ireland.

Ireland will settle in East Burke with his wife, Becky Young Ireland, also a BMA alumni from the class of ‘96. Peter and Becky are also both Williams alums, ‘98 and ‘00, which is where they met. Becky has worked in several non-profit organizations, since earning a law degree in 2012. She has clerked at the Minnesota Court of Appeals and practiced law as a public defender in St. Paul. Becky has also studied and taught yoga since 2001. They will be joined in East Burke by their dog Flicka. The three are skiing, cycling, and hiking enthusiasts.